On our final visit to Danville State, the male unit was very quiet and it seemed like most of the usual consumers were not in attendance. While this caused a bit of a slow start to the session, I was able to interact with consumers that I had not previously spoken with. Initially, it seemed like everyone was busy, so I decided to take an open seat in front of the TV next to a few consumers. It was considerably harder to interact with these consumers because they were either asleep in the chair or immersed in the program on TV. I found it to be much easier to make conversation with a consumer when playing a game rather than watching TV.

One consumer sitting next to me was mumbling something that I could not understand, and I was not positive if he was speaking to me or the student on his other side. Additionally, he was staring at the TV and frowning as he was mumbling to himself, it seemed as though he was frustrated with what he was watching. At this point, I tried to make conversation with him, but he turned to him while still looking at the TV and started mumbling angrily. Now I could tell that his  mumbling was in Spanish and he was not trying to communicate with myself or the other student sitting on the consumer’s other side.

About five or ten minutes later, the consumer began communicating to myself and the other student. However, it was in Spanish, so it was difficult to understand him, but we began speaking Spanish to him to attempt to have a conversation. Our Spanish was a little rusty, and the consumer was not very clear so the conversations were very simple. He seemed to be asking us questions about the program on TV in addition to where we are from and where we go to school. We found out that he was from Cuba and previously lived in Harrisburg. The consumer was highly interested in our answers and was eager to learn about us. Once our conversations developed, he began speaking English at a decent level and asked us how we learned Spanish. He began to get comfortable with us and was even making jokes about another consumer sitting with us who had been asleep in his chair for the entire session, which made him laugh hysterically.

It was very interesting watching the consumer I interacted with go from mumbling in Spanish angrily and seemingly want nothing to do with us to having a legitimate conversation with him in English and even laughing with him. By the end of the session, the consumer shook our hands with a smile on his face and said it was very nice talking to us. In conclusion, I was happy to meet a consumer in which I had never interacted with in the past and had an enjoyable interaction with him.

This weeks DSH visit got off to a slow start, but turned out being highly entertaining. The room was very crowded because the male and female units met in one room this session. It seemed like most people were busy doing their own thing, so I sat down at a table with another class member, a consumer, and a staff member. There was a deck of cards on the table, so the staff member asked everyone if they wanted to play cards, but the consumer said he only wanted to play with her and not me or the other student. The staff member was trying to push him to let us play, but he refused, barely responding to her. He looked unhappy, and somewhat out of it, constantly staring off into the distance and not really paying attention to the game. This made the dynamics of the table a little awkward for the first ten to fifteen minutes of the session. However, the consumer suddenly asked me if I wanted to join the game.

At this point, the consumer went from saying very little to talking a great deal. He even started singing very loudly for everyone at the table with a booming voice. Once he started to sing, he seemed extremely happy and had a big smile on his face. He preceded to talk to us about music asking us our favorite songs by various artists such as the Beatles. The consumer sang “Yellow Submarine” to us and when we were clapping for him, the staff member told him he was so good it was just like the original. The consumer then responded that he sang the original and that he was John Lennon. Later, he claimed to be other musicians that he performed as well. While at first, I thought this session would be boring, once the consumer opened up, it was very enjoyable watching him sing and listening to him talk to us.

After talking with the consumer for a while, another consumer came to the table to play cards with us. This consumer enjoyed singing as well and even sang a duet with the other consumer at the table. The newer consumer to the table seemed more lively and talked a lot, even though he was not making much sense when he talked. Unlike the original consumer, the new consumer was constantly smiling and laughing, regardless if something was actually funny. Furthermore, he would often make jokes to everyone sitting at the table. Sometimes they made sense and were in fact comical, but others were confusing and only he understand and therefore was laughing.

While my second visit to the Danville State Hospital seemed dull at first, I ended up enjoying myself a lot. It was interesting seeing the changes in emotion of the first consumer, especially when he became extremely happy once he started to sing. The second consumer was also interesting because of his constant joy and laughter. I chose this image because of the consumer that was singing and talking about the Beatles. 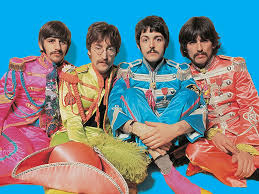 Last Monday, I had my first visit to DSH where I was assigned to the male unit. There, I played pool, as well as had conversations with various consumers. I started off by playing multiple games of pool with a consumer who was younger looking, and said he was a former student athlete at Lehigh and was on the track team. He was a very skilled pool player and seemed very focused on the game rather than making conversation. I was constantly trying to make friendly conversation, but he responded with simple, one word statements. Additionally, he would randomly mention things about himself, especially when he was in college that would not have anything to do with what we were talking about. For example, he one time mentioned that he was at school when Lehigh upset Duke in the NCAA Tournament, but that he never went to any of the games. Hs seemed extremely somber and showed little emotion. In fact, I am not sure I saw him smile once, but he seemed content playing pool the entire session.

Next, I let him play against someone else so I went to table where someone was sitting alone. He had a constant frown on his face and seemed very distraught. I attempted to have a conversation with him, but he would not speak to me and finally told me that he only wanted to listen to the music playing. Therefore, I left him alone and moved on to another part of the room. The information I gained while talking to him was that he was from Africa and liked soccer. However, when talking to him, he never looked me in the eyes, and his facial expression looked like he was about to start crying.

To the contrary, as I went to another table, I came across someone who was far from shy and pretty much would not stop talking the entire time. The table was filled with other students playing monopoly with customers, while others were talking to this person. While I was not talking to him for an extremely long time, what I did hear from him was very interesting. He was pretending to rob a bank with me and a couple other students, and was explaining to us how we were going to complete the heist. He also had drawn a picture of guns and later pretended to shoot other students with a hand gun for trying to take the money before he said it was okay. Before he left, he gave everyone a check for their participation in the heist. This conversation was highly entertaining and interesting. I was not sure if the consumer was hallucinating or simply pretending and playing a game with us. Regardless, he seemed very engaged, and at times his emotions actually showed that he was robbing a bank with nervousness and suspense. 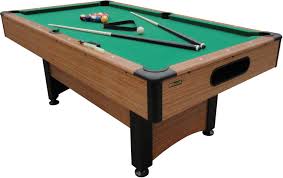