On my last visit to Danville State, I decided to go to the MAC. This visit, the all-male unit was up in the MAC. One of the three consumers I was sitting with wanted to play monopoly while the other two just wanted to watch. The consumer who was playing monopoly with us was very interesting. He introduced himself to us as one person, but the staff and other consumers called him by another name. (Whether it was walking or moving his monopoly piece, he seemed to move very slowly and his hands were very shaky. Additionally, when speaking he would cast his eyes downwards and mumble his words.) With this being said, he was very observant which took me by surprise. He did not miss anything that was going on in the game or in the room. He also was intellectually very sharp. He knew every rule of monopoly and his math was very good. The second consumer we were sitting with also was very observant but was hard to communicate with. I had a lot of trouble understanding him and as another consumer pointed out, he repeated each phrase he said three times. He explained to me that he had been to jail three times and that he use to do a lot of drugs. The last man seemed a lot more upbeat and happier than the other two consumers. He was dressed in a green shirt that read “Irish” across his chest and was wearing green rosary beads around his neck. He explained to us that his attire was in honor of Notre Dame’s latest win and that he follows their team. Not only was his attitude very positive, but he would start singing upbeat songs throughout the game. I found his mood very refreshing since the other two consumers seemed a lot more somber. Although their personalities appeared to be very different, they all got along remarkably well and would strike up conversations with each other.

With this visit being the third time I have been to Danville State I felt a lot calmer and I was very comfortable with the consumer I was with. Being less nervous allowed me to engage more than I was able to the first session which was really beneficial. In the beginning of the session, the consumer spoke about what she had done earlier on that day. She told us about how she had gone to a job center and had learned how to do a few things but didn’t share much detail on that part of the center. Instead, she focused her attention on the breakfast you can get there. She explained that the breakfast they serve is 25¢ and is amazing. You can pick one item from each category to make up your meal. From hearing her speak it was clear that this is something she looks forward to when going to the job center. Although it was really nice to hear how happy she was, it was sad that high-quality breakfast wasn’t something that was typical for her everyday life.

Later on in the visit, someone asked whether or not the consumer had been outside that day. The consumer was very open sharing that she is not allowed outside since she got her “out card” taken away again and that this is a cycle she goes through a lot. When asked how long she had to wait to get it back she told us that it depends on why it was taken in the first place. She then disclosed that she had hers taken for self-harm and even lifted up her shirt slightly to show us the (cut on her stomach. It was very surprising to see how big the wound was since the consumers do not have access to many things that can be used as tools to self-harm. The consumer even explained how once the nurses found out she cut herself she was given a safety blanket and had checks every 15 minutes). I found it very interesting that showing other people her cut and speaking so freely about it seemed so normal to her. The process did not seem to phase her very much, and at no time did it seem as though she thought that she shouldn’t talk about it; it makes me wonder if this is one of the reasons she is at Danville State. 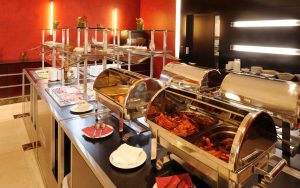 After touring Danville State as a group two weeks ago I left with the idea that the state does not fund the hospital heavily. This thought stemmed from the run down aspects of the hospital we saw. The men’s unit was especially aged as the monitor on the unit pointed out to our group. These thoughts were supported further upon my first visit to the hospital. The Multipurpose Activity Center had magazines and newspapers for the consumers to read. But there was a very scarce variety and many of them were outdated. This was very upsetting to see since magazines and newspapers are two of the few ways the consumers can learn what is going on in the outside world. Additionally, it is a simple activity to free your mind of something, but yet is not provided often. A few of the ladies wanted to play monopoly so I went over to grab the game. Their version of the board game was very old. Not only was the version itself old in nature, but there were missing pieces, missing money, and the game was worn down. This was heartbreaking since the game was suppose to act as a fun activity, and it was. But the condition in which the board game was in acted as a reminder that we were in the setting of a mental hospital. Having these two experiences alone, made it very obvious to me that Danville State Hospital does not receive a lot of funding. This lack of funding results in limited activities and outdated living spaces for the consumers. It was very unsettling to leave Danville State since we returned back to a technologically advanced and improved world, but they had to stay in an outdated bubble. Therefore, in the photo I chose there are many old board games which represents the thoughts and beliefs I now hold about the hospital, as well as the experience I had. There is also a clown pictured in the photo depicting another experience I had while at Danville that stood out to me.

While at Danville State a consumer came up to me and told me about their fear of clowns. They said that they had an encounter with a clown earlier that day while in Walmart with their mother and sister. I was aware that this consumer did not physically go to Walmart, they only did in their head. Hearing this was still very startling. This consumer exhibited no physical signs of mental or physical illness. They were not panicky, out of breath, trembling, or sweating. They simply looked like any typical person, as majority of the consumers do. The only physiology that stood out to me was one consumer who was in a wheelchair. In addition to her not being able to walk she had difficulty using her hands. Although one may see this as a disability I don’t think she was limited at all by her motor functions. She still played the game with us at the same speed as everyone else. 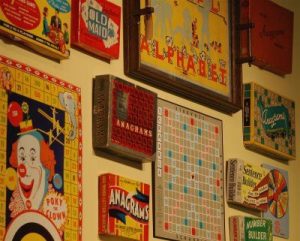