This was my final visit to Danville State for the semester. We ended up being with the combined men’s unit, which we didn’t realize at first. We went up to the MAC room and found the men sitting around and playing board games. We joined one man who we recognized from the Halloween party and asked if we could play Monopoly with him. One of the staff members was helping the consumer set up the game and when he got up to leave, told Pedro to have fun. We all looked at one another because this main had introduced himself to us as Paul. We asked him again was his name was, and he said that the staff members call him Pedro, but he goes by Paul. The conversation ended there, but I wondered why there was this discrepancy.

A few other consumers came to our table to watch the game of Monopoly we were playing. We played the game with the one consumer, and I was just surprised at how on top of everything he was – he played very strategically and was counting his money constantly. Another man in a wheelchair came over. He was wearing a green shirt with a shamrock, so someone at the table asked him if he was Irish. We were able to engage in conversation with him about this and a few other things, and he would start singing out of nowhere. (At one point, he looked up with a shocked look and turned to the side and extended his arm, almost as if he thought he has some kind of power or mind control.) We didn’t say much and only held this position for a few seconds, but I am curious what exactly he was thinking. Another consumer came and sat next to me. Every time someone at the table would say something, he would pick up on a phrase and repeat it three or four times. The consumer in the wheelchair actually made a comment about the other man repeating himself so many times and that he just noticed this now. The man who repeated himself also made comments when one of us ended up in jail in the Monopoly game. He said that he went to jail many times and that he was in and out. He kept repeating these comments and nobody was quite sure how to respond.

It was interesting to have three consumers at our table and to see the differences in each person. (One struggled with eye contact, while another wouldn’t look away. One was sitting very close next to me and others kept their distance.) Overall, it was an interesting experience being with the men’s unit this time. 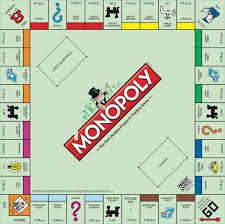 Going to Danville State Hospital for the second time was much different than the initial visit. Before the first visit, I had no idea what to expect in terms of interactions with the consumers. Being that I had an overall positive visit the first time, I was excited to go back and meet more of the DSH consumers. I ended up going up to the MAC room again with the women’s unit. When we got up there, at first, there was only one consumer and six to eight of us. We weren’t exactly sure of how to “break the ice” and decide who would sit and talk to her. Eventually, she decided that she wanted to play checkers and a few of the staff members helped her and others get set up. Luckily, other consumers came a few minutes later, and I was able to sit, talk, and play games with her. There were a couple of other Bucknell students playing Yahtzee with us as well, which was helpful in keeping the conversation going. This consumer was telling us about her day at the job center. We all looked a bit confused and asked her to explain more about it. She was shocked that we didn’t know what it was, but was happy to explain that it was a place where they get to go to learn about job possibilities. They have delicious breakfast for 25 cents and are able to get whatever they want. When not being asked a direct question, the consumer was quiet and focused on the game, especially when it was her turn.

One of the most interesting aspects of the conversations I was apart of and witnessed during this visit occurred later on in the hour. Somehow the conversation turned toward the weather and being outside. The consumer then explained that she could not go outside that day because she had her “out card” taken away. When asked when she could get it back, she then calmly informed us that the length of time you have to wait to get the privilege back depends on what you do. She then proceeded to explain to us the cycle of self-harm she seemed to be caught up in, where she harms herself, has privileges taken away, does better and regains privileges and then harms herself again. The most shocking part was when, without hesitation, (she lifted up her shirt to show her self-harm wounds to everyone at the table). I was sitting across the table so I could not see anything, but seeing the facial reactions of the two other Bucknell students alone was enough to realize the severity of the situation. None of us knew exactly how to handle the situation and tried to divert to the next topic as quickly as possible. 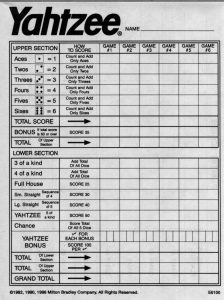 My visit to Danville State Hospital was much different than I expected to be. Other than the tour last week, I had never been inside and had no experience with a facility like Danville State Hospital before. I was initially nervous because I wasn’t exactly sure what to expect and I didn’t want to say or do the wrong. When we finally got to the MAC room with some of the consumers, I was shocked as to how friendly and open-minded they were. Two women invited some of us over right away to play Yahtzee with them. It had been a long time since I played that game, so we asked them to explain to us how to play. They were excellent instructors and spoke about all different rules and tricks they had learned. One of the women began to “zone out” during the game, so she left the table after we finished. She became disinterested after a while, especially because she wasn’t doing well in the game. The other quickly got up to get a new game. We played Uno for the remaining minutes, and the consumer won both games. During both games, I noticed how the consumer was very particular about how she wanted to play. She had no problem to see our game cards. In this time, the consumer we played UNO with began to tell us all about her family life, including her siblings and nieces and nephews. She talked about her niece, and said they didn’t get along. She said she was afraid they were similar and would feel bad if her niece ended up on the same path.

At the end of the hour, as we were getting up to leave, the consumer got up to give back the two pens that she borrowed. I found this to be extremely interesting, as I never would have thought it would be so important to get the pens back. When I realized that the pens could potentially become harmful, I then remembered that I don’t think in the same way that some of these women do.

Throughout my time at DSH, I became more and more intrigued and curious about why each of the consumers was there. I found myself assessing the two women I was sitting with in particular and identifying different symptoms and behaviors I thought each exhibited. I tried to stop myself from doing this the whole time, especially because I did not want to hinder my ability to be a good listener and understand more about the facility. 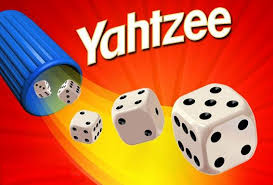