On my last visit to Danville State, I decided to go upstairs to the MAC room with the all-female consumer group because I had never worked with the all-female group before. I played Yahtzee and Uno again with the same consumer I spent time with on our second visit when both male and female consumers were in the MAC room. It seems she really likes those two games! The consumer I spent time with last week seemed less engaged than on my first visit with her. She was easily distracted and repeatedly forgot it was her turn or ended up watching what other people were doing. Sometimes, the look on her face appeared distant like she wasn’t really in the room with us. She appeared to be in a good mood despite her seeming tired and more withdrawn. She was just as friendly this week as the first time I met her and seemed to really enjoy the games we were playing, although she didn’t talk as much. Additionally, this consumer also seemed to get confused easily; for example, Alix asked her a question regarding the rules of Yahtzee and she changed her answer more than once. She also struggled with the basic mathematical skills necessary for Yahtzee and we had to help her with some of the addition. Regardless, she seemed like one of the most high-functioning consumers out of the group there. Her speech was slow and slightly slurred but coherent. The other consumer we played games with on our last visit had been released from Danville State the week before, so it is possible that this consumer was less talkative because she was lacking her usual peer. It was a really good last experience at Danville State and it was really cool to see one of the consumers grow and be able to be released before the end of the semester. 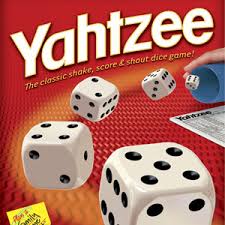 Last Monday 10/16, I went to Danville State and it was a lot different this time. All of the consumers as well as the Bucknell students were gathered upstairs in the church/library/education area. Contrary to last visit, the consumers were not separated by gender. There were a lot of activities available throughout the entire space, such as watching television, working on typing and educational skills, playing board games, doing a puzzle, and more. On my first trip to Danville State, I spent time in the mens ward, so this time I wanted to try and interact with some of the female consumers. I played UNO and then Apples to Apples with two female consumers and two other students in the class. One consumer was in her twenties, was highly functioning, despite a hint of slurred speech, had a great sense of humor and liked to talk a lot. She seemed to have a very positive attitude and as if she really was enjoying her time with us. Physically, I did not notice anything that set her apart from the non-consumers. She made eye contact and communicated her thoughts and jokes very well, despite the aforementioned slurred speech. The other consumer that played UNO with us was far more reserved, but nonetheless was constantly smiling and very involved in the game, as well as interacting with us.  Despite her quiet personality, this consumer also seemed to be relatively high functioning with no specific physiological traits to set her apart from a non-consumer. One specific consumer that was not sitting at my table caught my attention, because he was extremely loud. The entire time we were there he was singing different songs to no one in particular, staring off into space. He seemed to be “in his own world.” In addition to this, he appeared to have some facial droops and deformities. Overall, I think this trip to Danville State went really well. I liked that we had so many options of stuff to do and, additionally, had our choice of consumers to interact with (not just men OR women, but both). In comparison, the women I spent time with during my most recent trip to DSH were far more engaged than the male consumers I played Monopoly with on my first trip. I included a picture of the UNO game, because that is what we spent the majority of our time playing. 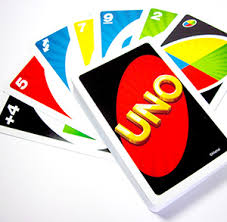 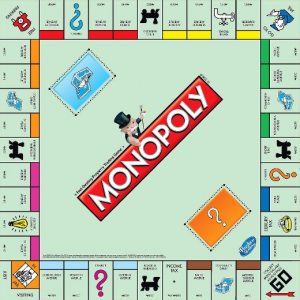 Going to Danville State for the first time, I was quite honestly really nervous, but it was a far more relaxed and inviting environment than I initially thought. I included the picture of Monopoly, because that is what Justin, Alix, and I played with one of the consumers for the majority of our visit. The consumer who participated in our game seemed to exude a relatively positive affect and although he had trouble with some of the adding and subtracting, he seemed to have good interpersonal skills and intelligence. He also had (a physiological appearance that did not differ from you or I (i.e. no facial droops)), and thus I did not have an idea of what his diagnosis might be. He actually won the game! Another consumer that I interacted with had (very few teeth) and was very hard to understand. (In addition, he consistently rambled and told stories of his past, such as his night spent in jail. I am not sure if these are believable, because he also pointed out people that were not in the room and offered us shots of whiskey and cigars, also imaginary.) Regardless, this consumer was extremely engaging and outgoing, creating drawings and conversation throughout the entire hour. These were the two consumers I interacted with most, but I observed several others. One in particular had (serious facial contortions, as if his mouth was drooping.) He seemed unable to communicate with others and sat in a chair by himself the entire time. Another consumer wanted to watch our Monopoly game, but put in headphones and did not seem interested in actually participating. In total honesty, it was a little frightening interacting with consumers with unknown diagnoses. I think that part of my hesitancy is due to the stigmatization of many of these disorders in the general public and many individuals with psychological disorders are seen as dangerous. In my experience, the individuals I interacted with at Danville State were very friendly towards us and seemed to really enjoy our presence. Although it is still a little daunting to spend time with the consumers, I feel a lot better going to the next session and I hope this experience helps change my preconceptions of people with these disorders.