This was my last visit to Danville State for the semester and I did not know what to expect after attending and meeting more people at the Halloween Party. I decided to stay downstairs in the activity room because there were not many people down there with the consumers at the moment. I went over to a group of women who were coloring with one of the staff members at a table to the side. When I got over there, one of the consumers was (insisting on finding one specific page) to color, and ended up (looking through all of the different folders) that were on the table to try and find the one picture, but she did not end up finding it. Although she was set on this one picture, she did not seem to express any emotions toward the picture, as in she was not excited about possibly finding it nor was she disappointed when she did not find it. Another one of the consumers that was sat at the table was focused on her drawing but she seemed as if she needed guidance or input for certain things. She would (ask us and the worker at the table questions like: “What is a puppy color? What is a cow color?”) I am not sure if this was because she was unaware of what colors they could be or if it was because she was trying to get our input on what she should do with her coloring page. There was a consumer at the other end of the table who seemed to be very lively and happy. She asked us for our names and (smiled) during the entire conversation she had with us and did not get distracted. Another consumer joined the table and sat across from me towards the last half of the hour, and picked a drawing but she did not end up coloring any of the picture. She seemed very uninterested in the activity in front of her and seemed very exhausted, and ended up (resting her head on her arms and almost falling asleep). Before leaving, she asked me and the other student I sat with a few questions about which school we were from and what we were studying, and she ended up mentioning someone in her family who was studying as well but her emotion still continued to stay flat and uninterested throughout the whole interaction. Overall, I am happy with my experience going to Danville State and I think it was a unique opportunity that I am glad I got to take part in. 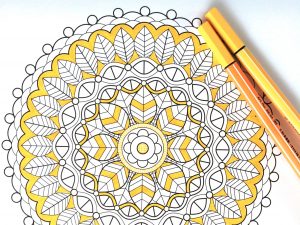 Going back to Danville this time felt slightly more comfortable because I knew more of what to expect with interacting with the consumers. This time the male and female units were mixed in the room upstairs, which was a first for me. I ended up sitting with a male who seemed to be in the middle of the age gap among the consumers. He asked us if we wanted to play multiple games that no one at my table knew how to play and he finally decided to choose Monopoly. I was the banker for the game, as many of the pieces to the game had been lost or put somewhere else. I noticed that a lot of the money had also been photocopied, printed, and cut out by the facility which made me feel sad for the facility because board games are not too expensive so to see that they could not even afford updated games showed me the true state of the facility regarding the money that they have to spend on activities for the consumers. While playing the game, the male consumer that we were sat with seemed to (have a hard time seeing things and had his head down close to, and almost touching, the board for most of the time.) During the game, he would often (stand up to try and reach his character when it was on a space on the opposite side of the board, but he would stumble when getting up and did not seem like he was stable) enough to hold himself up. I remember passing the die to him and when he held his hands out they would be (shaking heavily). This consumer did not really talk much, and when he did they would be mumbles that I was unable to make out most of the time but he would always laugh after saying things and for the things that I could understand, the words never seemed to go together cohesively and I could not make out the meaning of what he was trying to say. He did not seem to show much emotion, and seemed very flat for the time being and focused heavily on the game and did not seemed to be aware of things going on in the room around him. After we started our game, another consumer who I had sat with earlier in the year came to sit at our table with us. She said that she was not interested in playing the game, but she had brought a book along to read. She repeated a lot of the information she told us the first time we sat with her, but she seemed excited to see us once again. She also seemed happy with her place at the moment because she stated that she would be moving out and into a home because of the improvements she has made since shehas been there.

I was initially very nervous to go to Danville State because I did not know what to expect and I was not sure if the consumers would enjoy us being there. I was in the group that went upstairs with the female units and upon arrival, the consumers seemed to have mixed feelings about us being there. A few of them seemed excited to have other people there to interact with but some did not seem to be phased. I sat at one of the puzzle tables with two other classmates and the consumer who sat with us was reading a novel and did not seem too interested in us at first. We asked her if she would like to play any games and instead of picking one that she wanted, she first asked us if there were any games we really wanted to play. We decided to let her choose, but when I took a look at the assortment of games the facility had, a good majority of them were older board games, in boxes that were torn and old and the same goes for the actual games and cards themselves which made me feel bad for the consumers there because it does not seem as if the hospital has a lot of money to provide them with things that are of nice quality.

The consumer we talked to was really open about her interest in reading and journaling, although she was [repeating the same few details] about her life before being at the hospital and the same things about her journaling. We decided on playing a card game called Garbage, which none of us knew how to play so she had to teach it. She [explained the game very clearly] and [seemed to understand] it well, although she did have a bit of self-doubt about teaching us. One of the components of Garbage is keeping track of how many cards each person is dealt as the game goes on because the winner of the round gets to lose one card for the next round and eventually everyone has a different number of cards that need to be dealt. When only one person had a different number of cards the consumer was confident about dealing the cards, however, when everyone had a different number of cards she had to ask multiple times how many cards we each needed and as time passed instead of laying the cards gently down she became careless with them. From talking to her she did seem [aware of her surroundings] and her placement in the facility.