During my last visit to Danville State Hospital, I went upstairs to the male unit. There were very little consumers there that day. Some other students were at a table playing monopoly with consumers, so I decided to sit on the chairs and watch TV with the other consumers. A show similar to Pawn Stars was on. I sat next to one consumer and asked how he was, to which he mumbled something, got up, and walked away. During this time, I looked around at some of the other consumers. One man was standing in the corner (making odd movements with his hands and mouth repetitively). The other consumers seemed to be enjoying watching TV. After a little, the original consumer sat back down next to me. We watched some TV, and then he started mumbling stuff that I could not understand. I soon realized he was speaking Spanish, so I began having a conversation in Spanish from the little I remember from high school. I learned he was from Cuba but lived in Harrisburg in the US. He asked me if I had any money, which I said I did not. He then asked how I drove there if I did not have money for gas, to which I explained that I had gas in my car before coming. After this, he kept trying to talk to me in Spanish, but I was having trouble understanding. I explained that I only knew a little Spanish and that I did not understand what he was saying to me, but he did not seem to understand this as he continued to speak Spanish non-stop to me. At the end of the session, he seemed very happy and appreciative as he shook my hand and thanked me for speaking with him. 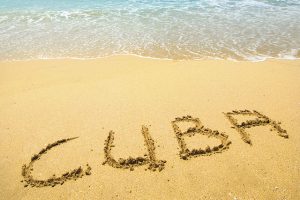